Home » GENERA I-L » Lachenalia » Lachenalia punctata
Back to Category Overview
Total images in all categories: 9,419
Total number of hits on all images: 4,232,927 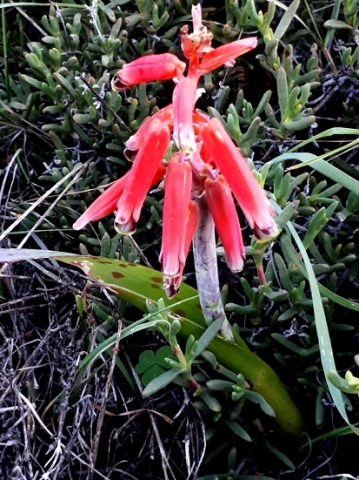 The species distribution is in the Western Cape in a coastal swathe from Lamberts Bay to the Cape Peninsula and eastwards to around George.

The plants grow on sandy flats and slopes, often near the sea. It is not considered to be threatened in its habitat early in the twenty first century (Manning, 2007; Bean and Johns, 2005; Manning and Goldblatt, 1996; iNaturalist; http://redlist.sanbi.org).