Home » GENERA B-C » Crassula » Crassula muscosa
Back to Category Overview
Total images in all categories: 9,391
Total number of hits on all images: 4,218,750 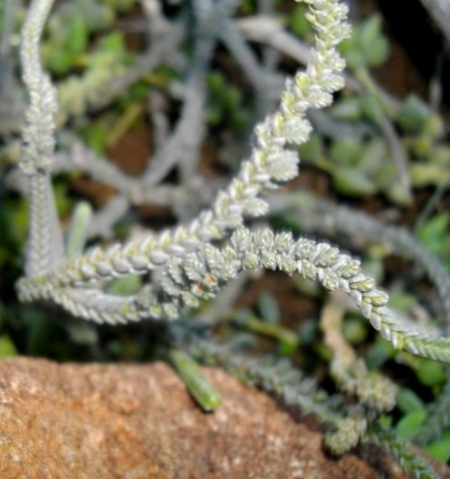 Tiny yellow flowers appear in profusion on the upper stem parts of Crassula muscosa during spring and summer. The flowers measure no more than 2 mm in diameter. They are star-shaped and grow in leaf axils.

The plant is associated with much variability: four variations are recognised, some of them growing side by side in the same areas (like in the Little Karoo).