Home » GENERA B-C » Crassula » Crassula multicava flowering
Back to Category Overview
Total images in all categories: 9,569
Total number of hits on all images: 4,299,518 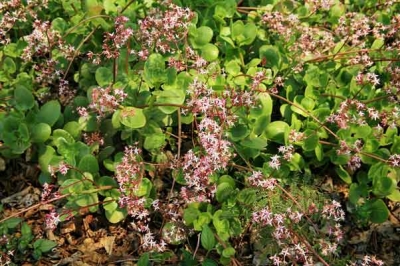 Crassula multicava roots easily from stems lying on the ground, leaves that fall from the mother plant and also from plantlets developing on the flower head, dropping off and growing into independent plants. This is why a flowerbed of these plants tends to sustain itself when helped by just a little compost and water.

The plant is used medicinally as an emetic. Traditionally it is also used to avoid lightning by sprinkling an infusion of the plant around the house (www.plantzafrica.com).