Home » TYPES » Shrubs » Montinia caryophyllacea, the peperbos fruiting
Back to Category Overview
Total images in all categories: 11,905
Total number of hits on all images: 7,155,939 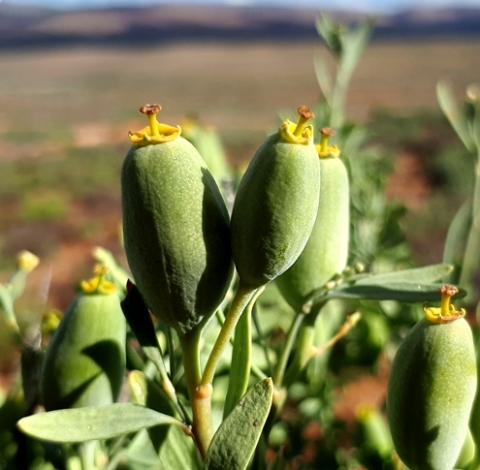 Montinia caryophyllacea fruit are narrowly ellipsoid to ovoid, borne erectly on stalks sometimes as long as the fruit.

Small style remains are conspicuous on top: A fleshy, yellow ring around the base of a stalked brown disc counts as fairly outlandish headgear for a green bald head not provided much cover. Festivity is in order though, celebrating the milestone of decent-looking fruit having been produced in yet another year (Manning, 2007; Le Roux, et al, 2005).