Home » TYPES » Shrubs » Heterolepis aliena stem-tip achievements
Back to Category Overview
Total images in all categories: 11,792
Total number of hits on all images: 6,949,350 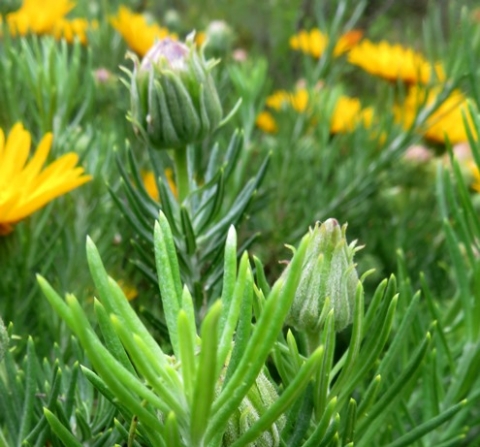 The Heterolepis aliena erect stems end either in leaves, buds or flowers. The picture shows these three notable outcomes in the growth activities of the plant.

The culmination of all this growth will be the fruit in which the seeds ripen for dispersal and major assignments. The way is paved for germination and the appearance of another generation of plants.

Such offspring won’t be called millennials as is the fad among people these days. That silly name hardly applies to a species that has seen many more millennia come and go than the latecomer humans can bargain for, the way things are going in the twenty first century (Manning, 2007; iNaturalist).