Home » TYPES » Mesembs » Dracophilus dealbatus
Back to Category Overview
Total images in all categories: 11,921
Total number of hits on all images: 7,168,678 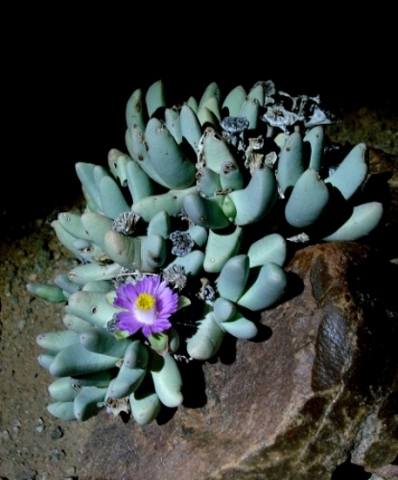 The woody, dry seed capsules seen here from last season’s flowers have twelve or thirteen locules. They are said to disintegrate soon once the seeds have been released.

The plants grow along the coast north and south of the Gariep River mouth. The habitat is sandy flats or stony ground, often in rocky crevices. In spite of its small geographical distribution the species is not considered to be threatened in its habitat early in the twenty first century (Smith, et al, 1998; http://redlist.sanbi.org).