Home » GENERA I-L » Lachenalia » Lachenalia trichophylla
Back to Category Overview
Total images in all categories: 11,037
Total number of hits on all images: 5,688,133 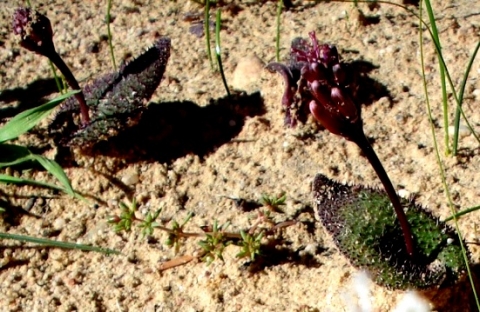 The species distribution is in the Northern Cape from the Namaqua Klipkoppe to the Western Cape to south of the Cederberg. This photo was taken near Clanwilliam.

The habitat includes granite-derived sandy soils among rocks, renosterveld, Tanqua Karoo and sandy fynbos flats and rocky slopes. The species is not considered to be threatened in its habitat early in the twenty first century (iSpot; Bond and Goldblatt, 1984; JSTOR; www.pacificbulbsociety.org; http://redlist.sanbi.org).