Home » GENERA G-H » Geissorhiza » Geissorhiza ovata half open
Back to Category Overview
Total images in all categories: 8,878
Total number of hits on all images: 3,858,988 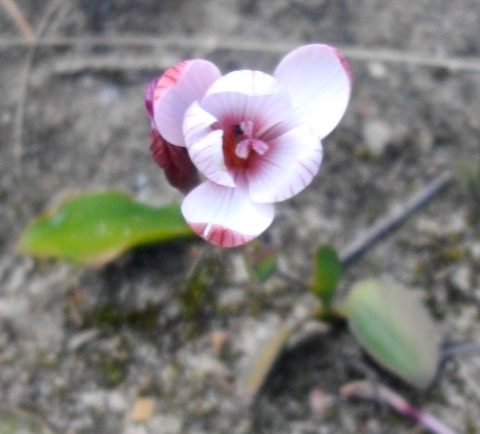 This half-open flower of Geissorhiza ovata was seen in Fernkloof during October, towards the end of its normal bloomtime. The ovate to elliptic petals still curve in gracefully around the three pink and white, short and thick branches of the stigma.

The flat, leathery leaves spread on the ground. The flowers are most likely seen after fire (Manning, 2007).