Home » GENERA G-H » Geissorhiza » Geissorhiza aspera buds
Back to Category Overview
Total images in all categories: 9,840
Total number of hits on all images: 4,460,408 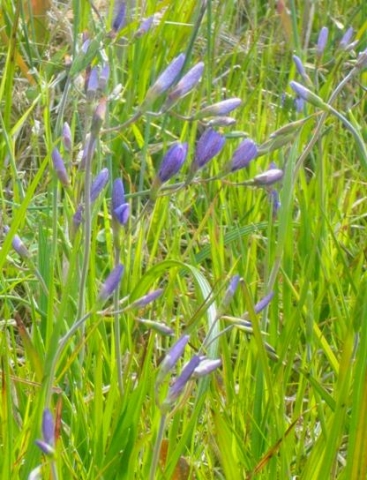 These buds of Geissorhiza aspera show the angled flower spikes. The stalk, covered in short, white hairs grows erectly to the lowest flower, then the subsequent flowers are spaced by curved stem intervals, angled to the side. The specific name aspera meaning rough, is derived from Latin, referring to the stem surface.

The funnel-shaped green calyces have narrow, pointed lobes on the base of the blue corollas that have reached various early stages of opening. The corollas display a brighter blue colour from the inner tepals, once they start showing. The plant usually grows to heights between 10 cm and 35 cm. The photo was taken in September at Onrus.