Home » GENERA G-H » Geissorhiza » Geissorhiza aspera flowers
Back to Category Overview
Total images in all categories: 9,720
Total number of hits on all images: 4,360,977 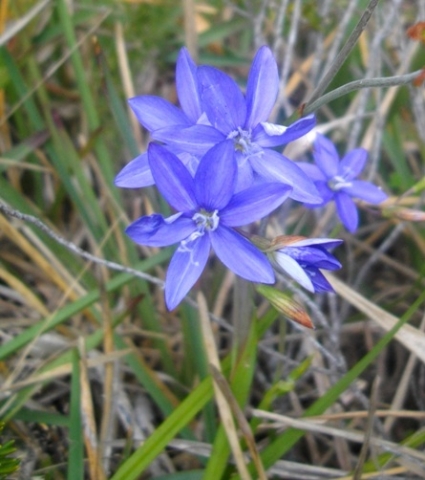 These open blue, sometimes blue-violet flowers of Geissorhiza aspera show their three-branched stigmas. The styles are tall among the somewhat mangled looking anthers on the stamens that are shorter. One stamen is shorter than the other two in this species.

White lines can be seen down the centres of the spreading tepals. The tepal shape is elliptic with an acute tip; the tepals being joined at the base in the short corolla tube. A small white patch is visible in the flower centre. This patch may also be dark.