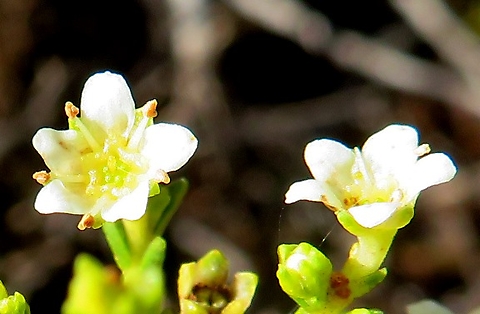 Diosma prama floral parts occurring in fives yield a petal-tip star just wider than a second five-pointed star formed by the anthers. A still smaller star of the partly obscured sepal tips is visible in the gaps between the petals.

Inside the corolla two smaller stars are manifested in the fleshy, translucent disc in the corolla cup base: The five vestigial glands like staminodes at the perimeter of this disc and the five tiny tips of the ovary that will expand later during fruiting, both continue the sequence of concentric, diminishing stars, all present in one flower (Vlok and Schutte-Vlok, 2015; iNaturalist).