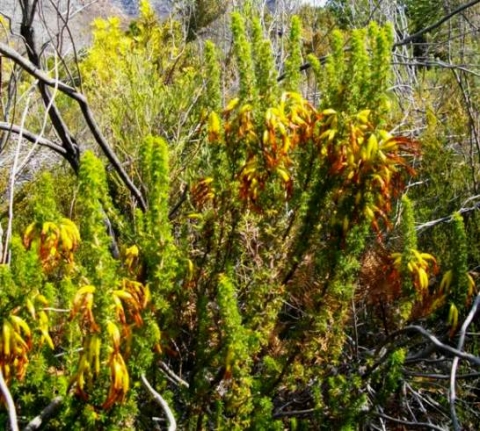 Erica coccinea, also known as tassel heath, is an erect shrub of up to 1,2 m. This is one of the Erica species producing flowers in any of several colours.

The one in picture grows in the Kogelberg. Apart from these yellow flowers, some of the shrubs may present orange or red ones. Blooming carries on all year round. The brown anthers protrude noticeably. The corolla tube is long and curved. The sepals are coloured similar to the corolla and appear double with the large bracts on top. The pendulous flowers grow on short side-branches. This species is common on the mountains of the Western Cape (Manning, 2007; www.plantzafrica.com).