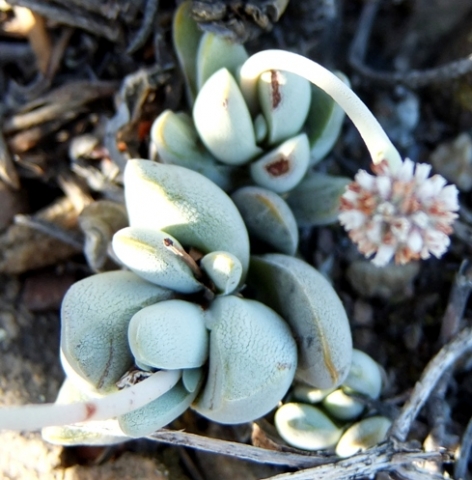 The protective leaf papillae for which the species is known are visible upon some leaf surfaces, the resemblance to reptile skin clear. Pale glimpses of green or turquoise colouring from the leaf surface escape between the white papillae bodies.

A whitish ridge becoming slightly brown near the tips marks the perimeter of the inner leaf surface on a couple of the leaves. Leaf size and shape are quite variable in one rosette. A third young rosette has appeared beside the two developed ones (Vlok and Schutte-Vlok, 2010).