Home » REGIONS » Drakensberg » Gladiolus oppositiflorus angled spike
Back to Category Overview
Total images in all categories: 11,018
Total number of hits on all images: 5,656,373 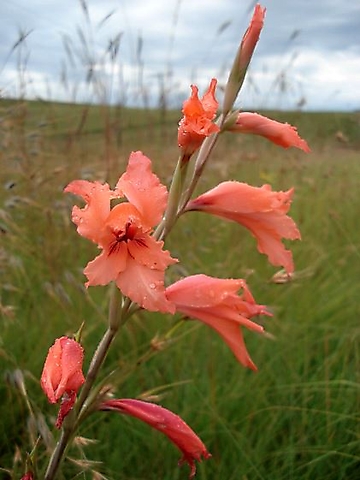 Gladiolus oppositiflorus is a robust geophytic herb of summer rainfall grassland in KwaZulu-Natal and the Eastern Cape, also found at the southern end of the Drakensberg Mountains and foothills.

The plants flower pale pink to almost white or deeper shades, as well as mauve or salmon. It grows tall enough for not being missed in the grass. The flowers are from 6,5 cm to 11 cm long.