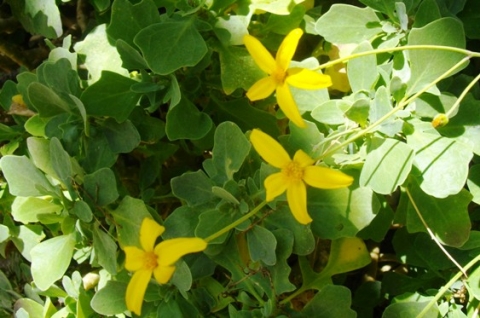 Othonna lobata is a caudiciform shrublet that may become 20 cm tall. Branches sprout from the caudex that is sometimes partly above-ground. The caudex is cylindrical, becoming about 3 cm in diameter and irregular in shape. Its branches are pale green when young, pale grey and woody when older.

O. lobata grows in full sun in sandy soil, often on rocky outcrops. The distribution is large, from Namaqualand and the Cederberg to the western parts of the Little Karoo, as well as parts of the Eastern Cape. The species is not considered threatened in its habitat early in the twenty first century (www.exotic-plants.de; www.en.hortipedia.com; Vlok and Schutte-Vlok, 2010; Bond and Goldblatt, 1984; www.redlist.sanbi.org).