Home » GENERA M-O » Metalasia » Metalasia massonii or blombos
Back to Category Overview
Total images in all categories: 10,856
Total number of hits on all images: 5,516,182 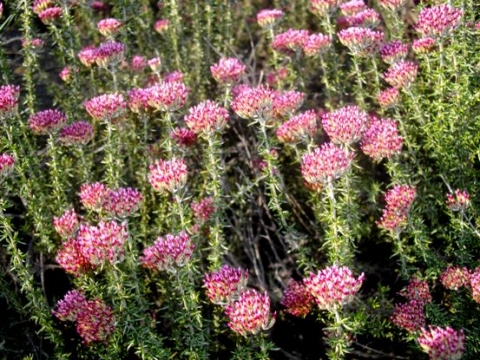 Metalasia massonii, another Metalasia shrub going by the name of blombos (flower bush) in Afrikaans, grows many erect branches to 1 m in height. The more than 50 Metalasia species occur largely in the fynbos, mostly in the Western Cape.

The plants flower in winter and spring. This plant was in a hurry, flowering profusely during the last week in May on the Rooiberg.

The species is not considered to be threatened in its habitat early in the twenty first century (Vlok and Schutte-Vlok, 2010; iSpot; www.redlist.sanbi.org).