Home » GENERA I-L » Justicia » Justicia incana
Back to Category Overview
Total images in all categories: 11,411
Total number of hits on all images: 6,178,433 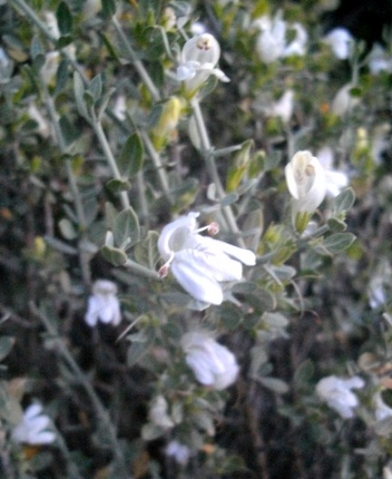 The species distribution is widespread in the southwestern parts of South Africa, occurring in the Northern, Western and Eastern Cape, North West and the Free State; also in Namibia.

The plant is tough and hardy, well-adapted to survive in the harsh environment of extreme temperatures and arid conditions inside the southern escarpment of South Africa. It is common on karoid flood plains, also grows in the whitish, calcareous, sandy soils of dune valleys and near pans of the Kalahari. The species is not considered to be threatened in its habitat early in the twenty first century.

Plants of the Monechma genus, including this one were moved to Justicia, although that genus still exists in reduced numbers in the Acanthaceae family (Van Rooyen and Van Rooyen, 2019; Vlok and Schutte-Vlok, 2015; iNaturalist; http://redlist.sanbi.org).