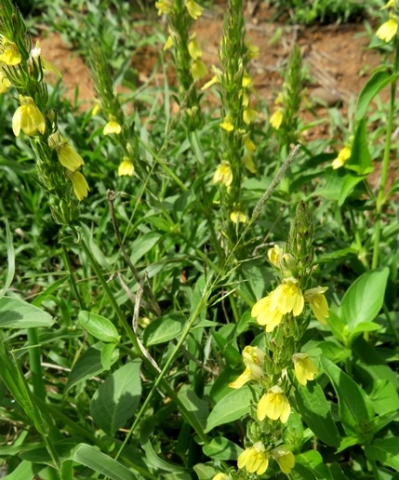 Justicia flava, the yellow justicia or in Afrikaans the geelgarnaalbos (yellow prawn bush), is a slender, erect to spreading perennial reaching heights from 50 cm to 1 m.

The species is distributed along the South African east coast from the Eastern Cape to KwaZulu-Natal and in all the provinces north of the Vaal River; also in tropical Africa.

The plant’s habitat is grassland, woodland and bushveld, often next to roads and other disturbed land. J. flava is not considered to be threatened in its habitat early in the twenty first century.