Home » GENERA D-F » Disperis » Disperis tysonii
Back to Category Overview
Total images in all categories: 10,855
Total number of hits on all images: 5,508,066 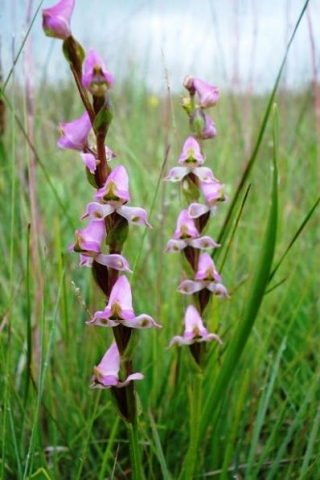 The witch orchid, common name of Disperis tysonii, carries its pink to deep pinkish red flowers all on one side of its erect and slender stem.

D. tysonii grows in summer rainfall grassland of South Africa from the Eastern Cape to Mpumalanga as well as in Lesotho and Swaziland. The plants are found in montane seepage areas at altitudes varying between 1500 m and 3100 m. They also grow in disturbed soil along roads and footpaths. The species is not considered to be threatened in its habitat early in the twenty first century (Pooley, 1998; www.orchidspecies.com; www.redlist.sanbi.org).