Home » GENERA D » Disperis » Disperis stenoplectron
Back to Category Overview
Total images in all categories: 11,769
Total number of hits on all images: 6,918,757 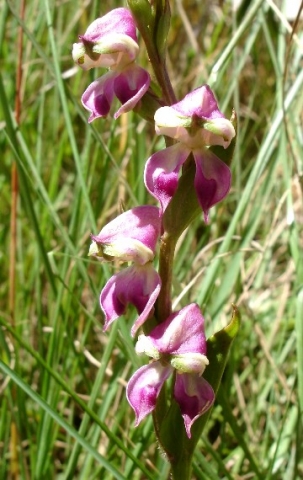 Disperis stenoplectron is a terrestrial orchid, a stout herb reaching heights between 15 cm and 30 cm.

The species distribution lies from the Eastern Cape northwards to Mpumalanga and also Lesotho.

The habitat is montane grassland at elevations from 1700 m to 2200 m. The species is not considered to be threatened in its habitat early in the twenty first century (Pooley, 1998; www.redlist.sanbi.org).