Home » GENERA D-F » Disperis » Disperis wealei
Back to Category Overview
Total images in all categories: 11,036
Total number of hits on all images: 5,685,850 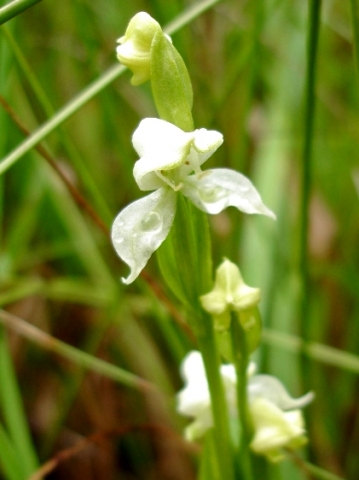 Disperis wealei is a slender terrestrial orchid growing from a tuberous rootstock to heights from 5 cm to 25 cm.

The distribution of the species is in the east of South Africa from the Eastern Cape to Limpopo and (at least) in Lesotho and Swaziland as well.

The habitat is summer rainfall grassland and scrub in moist places such as seeps, marshes and streambanks at elevations between 1800 m and 2000 m. The species is not considered threatened in its habitat early in the twenty first century (Manning, 2009; Pooley, 1998; www.redlist.sanbi.org).