Home » GENERA C » Cyphia » Cyphia stenopetala leaves
Back to Category Overview
Total images in all categories: 10,212
Total number of hits on all images: 4,867,327 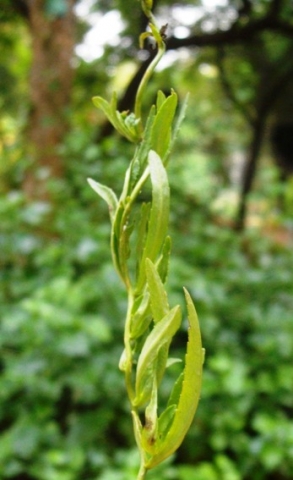 Cyphia stenopetala is a perennial growing from a thick, underground rootstock. The stems are somewhat erect, but also twining.

The leaves are alternate, stalkless or with very short ones and shaped almost linear to lanceolate. They tend to be concentrated at the base of the plant, those higher up are small. The leaves are hairless and have minutely serrated margins.

The species occurs widely in the north-easterly grasslands of Gauteng, North West, Limpopo and Mpumalanga, as well as in some neighbouring countries.