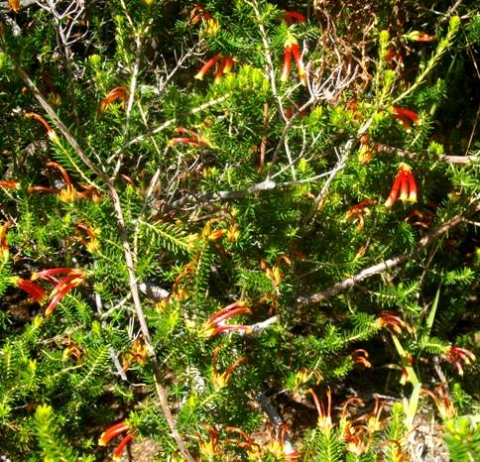 Erica discolor is a dense shrub growing to heights from 1 m to 5 m. E. discolor forms part of the Evanthe section of the Syringodea subgenus, characterised by terminal, long-tubed flowers.

The species is found in the Western Cape from Stellenbosch along the mountains and coastal fynbos flats, inland to the Swartberge and into the western part of Eastern Cape fynbos. This plant is not considered threatened in its habitat early in the twenty first century (Baker and Oliver, 1967; Manning, 2007; iSpot; www.redlist.sanbi.org).