Home » TYPES » Bulbs » Melasphaerula graminea flowers
Back to Category Overview
Total images in all categories: 11,921
Total number of hits on all images: 7,168,362 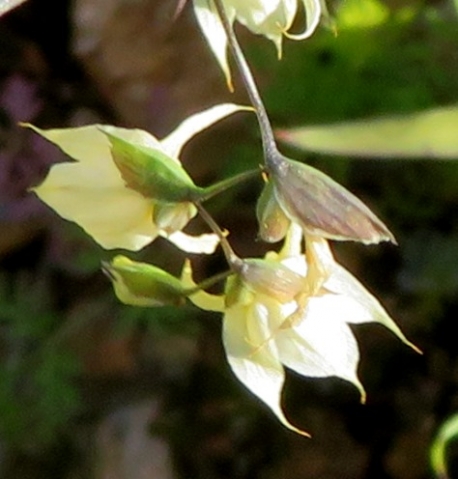 The flowers of Melasphaerula graminea grow in a loose, much-branched spike. Each flower is subtended by two pointed or blunt, soft-textured bracts, the inner one slightly smaller.

The stamens cohere in an arch below the largest, upper tepal. The filament bases are attached in the mouth of the tube, the anthers exserted. The style divides into three branches. The nectar-producing flowers exude a strong scent, sour and musky.

Flowering happens from before midwinter to after midspring. The photo was taken in early August.