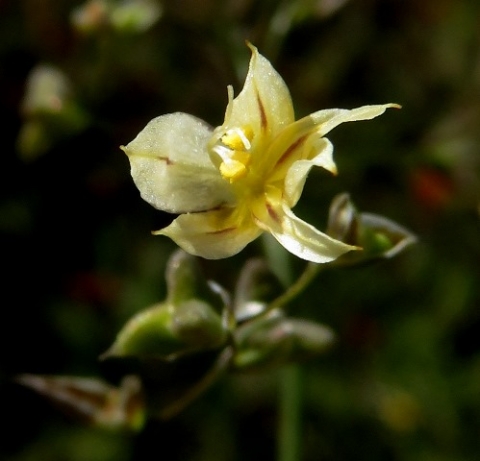 The two-lipped Melasphaerula graminea flower in picture has its widest (inner) tepal on the left. Not only is it widest but also the whitest. The other two inner tepals on the right are narrow, while the outer three are similar in size, variably curving and twisting.

The tepals are marked by a brown line down the centre, the big tepal the least so, its opposite, an outer one, is concealing its upper surface.

The ovoid, yellow anthers are presented on curving filaments, below the three white stigma branches. All of them are positioned near the big tepal (Vlok and Schutte-Vlok, 2015; Manning, 2007; Le Roux, et al, 2005).