Home » PARKS AND GARDENS » Goegap Nature Reserve » Peliostomum virgatum
Back to Category Overview
Total images in all categories: 12,086
Total number of hits on all images: 7,387,200 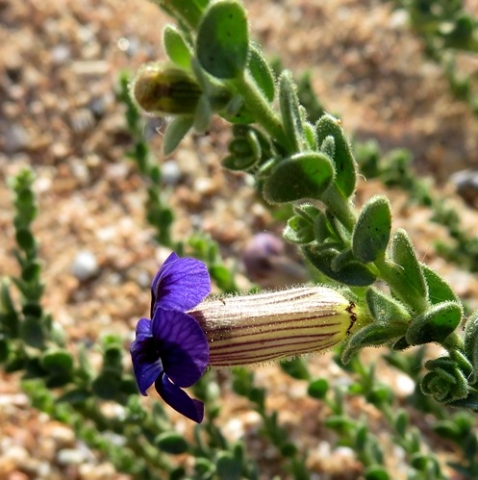 Peliostomum virgatum is a member of the Scrophulariaceae family and related to the Aptosimum genus.

In a Peliostomum flower all four anthers are equal, in Aptosimum two are smaller or missing. (One has to check inside the corolla tube for determining this.)

The flower tubes end in spreading blue or purple and black, rounded petal lobes. This flower shape is common in several species belonging to both these genera.

Some of them grow in the arid and semi-arid areas of southern Africa. Three of the five Peliostomum species in South Africa grow in Namaqualand (Le Roux, et al, 2005; Vlok and Schutte-Vlok, 2010; iNaturalist).