Home » GENERA D-F » Eulophia » Eulophia cooperi
Back to Category Overview
Total images in all categories: 10,355
Total number of hits on all images: 5,058,756 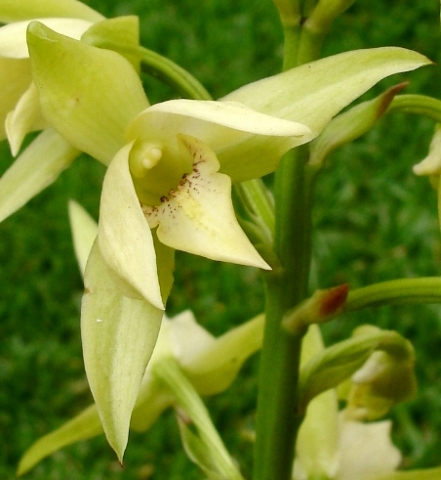 Eulophia cooperi is a ground orchid, dormant in winter until the spring rain. It is a robust perennial, growing to 37 cm. At one stage it was called E. robusta (or overlapped with another species sharing that name).

The distribution lies in the highveld of the Free State, Gauteng, and Mpumalanga but also in Limpopo. The habitat is open grassland and quartzite ridges at altitudes from 1000 m to 1800 m, where the plant is adapted to drought and frost.

This is a South African endemic, not considered to be threatened in its habitat early in the twenty first century, although a fair amount of habitat destruction has occurred on and around the East Rand (Lowrey and Wright, 1987; http://wildorchids.co.za; www.redlist.sanbi.org).