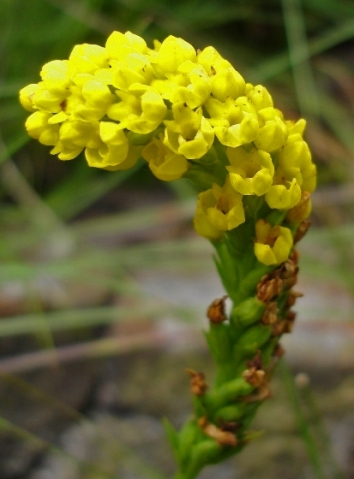 The six to eight lower stem leaves are long and narrowly oblong near the base, in orientation erect to spreading. Higher up, the small and pointed leaves are sparsely spaced, held erectly next to the stem.

The species is distributed in the Barberton area of Mpumalanga and northwards into Limpopo, as well as in the northwest of Swaziland at elevations between 1000 m and 2200 m. The habitat is damp, montane summer rainfall grassland in shallow soils over rock and on rocky ledges.