Home » GENERA P » Portulacaria » Portulacaria afra
Back to Category Overview
Total images in all categories: 12,058
Total number of hits on all images: 7,353,430 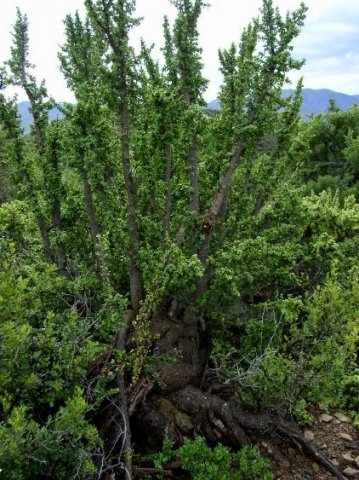 Portulacaria afra, commonly known as porkbush, is a vigorous shrub or small tree with soft stems (SA Tree List No. 104). Branching begins at the base and continues further up; some branches may sprawl while stout, erect stems may exceed 4 m in height.

On young stems the bark is green, turning red-brown, later sometimes grey and smooth with leaf scars. This plant was seen in April in Baviaanskloof.

P. afra is not considered threatened in habitat early in the twenty first century. Its prevalence is enhanced in cultivation by some newfound popularity, but diminished in the veld where overgrazing is not in check (Coates Palgrave, 2002; Vlok and Schutte-Vlok, 2010; Smith and Crouch, 2009; www.plantzafrica.com).