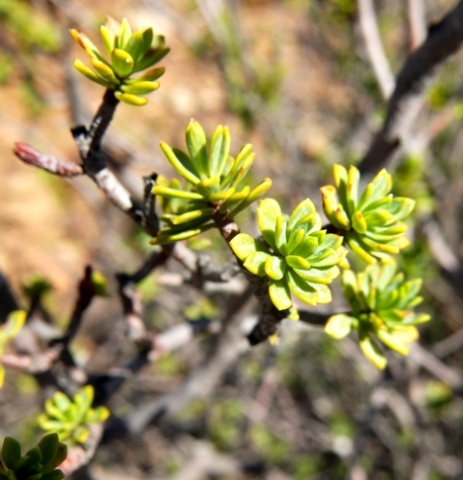 Stem tip leaf rosettes such as these are often the only greenery found on a Lasiosiphon deserticola shrub. Quite attractive as they are, the leaves tend to give way to the Little Karoo climate demands which are often harsh.

As leaf rosettes go, these are well formed, having both elegant leaf shape and grading of the angles at which the leaves ascend from the erect top ones to those spreading at the base, soon to be gone (Vlok and Schutte-Vlok, 2010; iSpot).