Home » TYPES » Shrubs » Halleria elliptica
Back to Category Overview
Total images in all categories: 11,635
Total number of hits on all images: 6,753,116 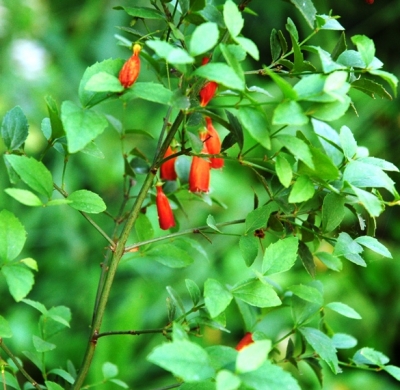 The species distribution is in the Western Cape from Tulbagh to Worcester and Swellendam.

Its habitat is shrubland on lower slopes and along streambanks. The species is not considered to be threatened in its habitat early in the twenty first century (Coates Palgrave, 2002; http://redlist.sanbi.org).