Home » TYPES » Shrubs » Hermbstaedtia glauca
Back to Category Overview
Total images in all categories: 12,081
Total number of hits on all images: 7,379,528 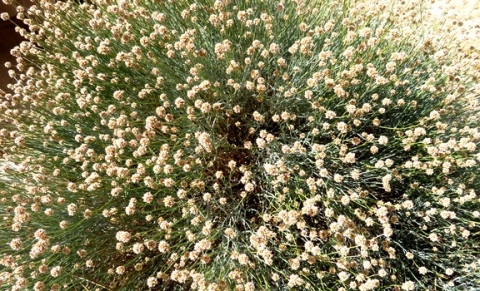 Hermbstaedtia glauca, commonly known in Afrikaans as bokhout (goat or antelope wood), is a branched shrub noted for its blue-green stems reaching 70 cm in height.

The species is found in the north of Namaqualand and Bushmanland; also in southern Namibia. The plants grow in sandy soils in arid places. The species is not considered to be threatened in its habitat early in the twenty first century (Le Roux, et al, 2005; iNaturalist; http://redlist.sanbi.org).