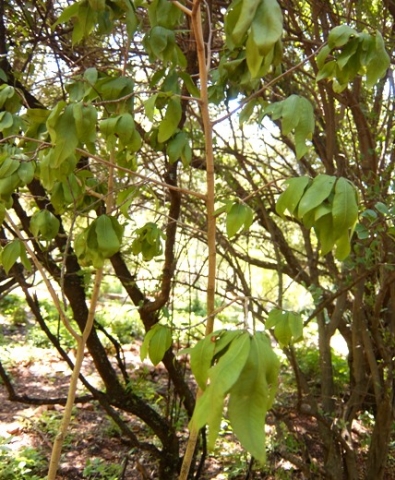 The distribution is from the Eastern Cape through KwaZulu-Natal and Mpumalanga to Limpopo and North West; also widespread in tropical Africa.

The habitat is forests, wooded kloofs and river valleys, sometimes in open areas, often among rocks. The species is not considered to be threatened in its habitat early in the twenty first century (Coates Palgrave, 2002; Schmidt, et al, 2002; www.redlist.sanbi.org).