Home » GENERA B » Buddleja » Buddleja saligna
Back to Category Overview
Total images in all categories: 11,779
Total number of hits on all images: 6,931,736 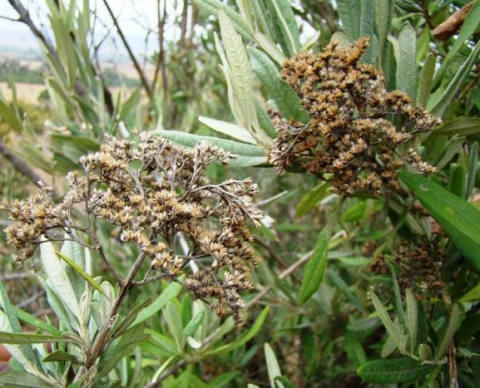 Previous
Image 5 of 18
Next

The false olive or witolienhout (white olive wood) in Afrikaans, as Buddleja saligna is commonly known, is a shrub or small tree of up to 7 m (SA Tree List No. 636).

This is not one of South Africa’s best known tree species, although it has one of the notably large local distribution areas of all South African tree species, occurring naturally in all nine of the country’s provinces. B. saligna also occurs (at least) in Lesotho, Swaziland and Zimbabwe.

It grows on dry forested slopes, in wooded valleys, forest margins and coastal thickets. The species is not considered to be threatened in its habitat early in the twenty first century.