Home » GENERA Q-S » Senegalia » Senegalia burkei leaves
Back to Category Overview
Total images in all categories: 11,506
Total number of hits on all images: 6,514,577 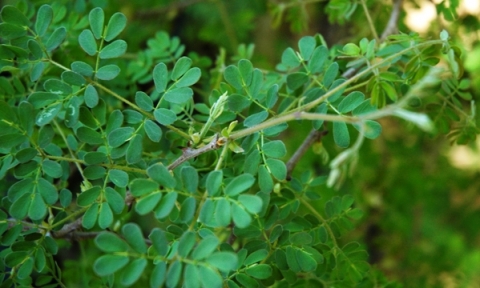 Previous
Image 3 of 33
Next

The bark on young branches is smooth and velvety. It develops to a yellowish, papery flaked rougher texture, also becoming dark brown and rough in patches. Pairs of downwardly curved dark prickles grow below the nodes.

The leaflets are quite variable in number and shape, often being ovate and asymmetric. They are bright green or blue-green in colour. The leaflets are sometimes velvety along the veins or all over, also on the rachis. Flowers grow in white spikes, followed by straight dark brown pods, constricted around the seeds.

The species distribution is in the north-east of South Africa and in several neighbouring countries to the north (Coates Palgrave, 2002).