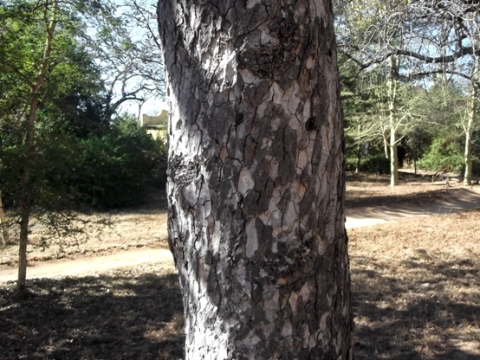 The typical patchy appearance of the bark on a marula trunk is displayed in the photo. The pale patches appear where the upper layer of the bark peels off. Black lines resembling routes on a map form ragged rings around some peeled and unpeeled patches.

Marula bark features in traditional medicine as a prophylactic and remedy for malaria. An infusion of the bark is also used in alleviating pain from scorpion stings and snake bites. A patient's beliefs and expectations form part of the therapeutic process.