Home » TYPES » Trees » Pterocelastrus tricuspidatus stem
Back to Category Overview
Total images in all categories: 11,894
Total number of hits on all images: 7,136,567 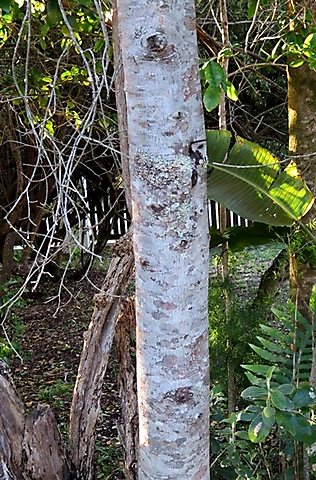 The stem of Pterocelastrus tricuspidatus is usually straight and erect, supporting a rounded crown. Growing solitary, in the open, tree status is often not reached. The resulting stunted bush has much less of a main stem than seen here.

The bark of P. tricuspidatus is smooth when young, mottled with lenticels and grey to reddish brown. On old trees the bark becomes corky, dark and fissured, the stems fluted or buttressed.