Home » TYPES » Trees » Podocarpus falcatus big branches
Back to Category Overview
Total images in all categories: 11,528
Total number of hits on all images: 6,611,260 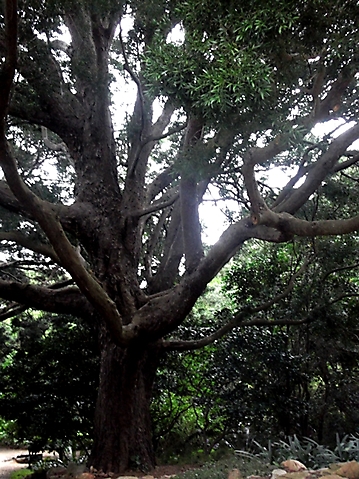 Podocarpus falcatus, the kalander, develops a mighty frame, given time and lots of it.

As a stand-alone, there will be more lateral growth and spreading limbs. In temperate rain forests the direction of growth will be more upwards, fewer branches retained on the way up.

Those that build houses and roads should heed the voices demanding, pleading for respect for the giant trees. They are leaders of their species on an earth where the exemplary, the quintessential makes way for masses of the ordinary. Preserve them as symbols of nature's heroic era that may only return after people.