Home » TYPES » Trees » Phoenix reclinata
Back to Category Overview
Total images in all categories: 11,538
Total number of hits on all images: 6,617,363 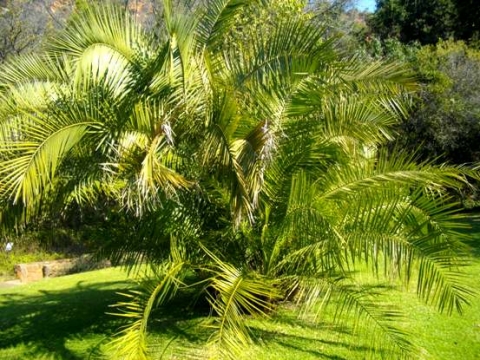 Phoenix reclinata, the wild date palm or Cape date palm, commonly grows from 3 m to 6 m in height, sometimes reaching 10 m (SA Tree List No. 22). The leaves are long (up to 4 m) and pinnately divided with keeled, narrow, green leaflets.

The species is distributed along the east coast of South Africa from the Eastern Cape and northwards through KwaZulu-Natal into the eastern Lowveld of Mpumalanga and Limpopo. The species also occurs widespread in Africa to Egypt, but not in the arid regions to the west.

The habitat is riverbanks and low-lying grassland, often on termite mounds. The species is not considered threatened in its habitat early in the twenty first century (Coates Palgrave, 2002; www.redlist.sanbi.org).