Home » TYPES » Trees » Nectaropetalum capense stem
Back to Category Overview
Total images in all categories: 11,912
Total number of hits on all images: 7,163,124 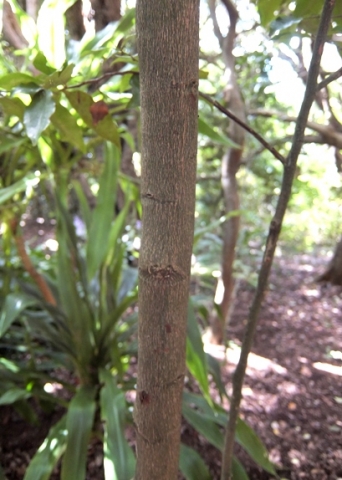 The tree is similar to N. zuluense that grows on the KwaZulu-Natal coast to the north, but the two distribution areas overlap in the centre, in southern KwaZulu-Natal. N. zuluense has leaf net-veining not translucent when held against the light; its flowers have long stalks (up to 1 cm long) and grow in clusters of up to four.

The specific name, nectaropetalum refers to the small nectary positioned at the base of the lower petal surface on some species of this genus. N. capense does, however, not have this appendage, while N. zuluense does. There are more species of Nectaropetalum in Africa that do not grow in South Africa (Coates Palgrave, 2002; Pooley, 1993).