Home » TYPES » Trees » Maerua angolensis subsp. angolensis
Back to Category Overview
Total images in all categories: 11,894
Total number of hits on all images: 7,136,564 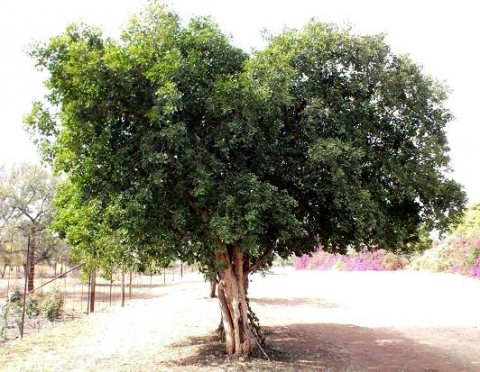 The subspecies is the only one found in South Africa and only in the northwest in North West, Limpopo, Mpumalanga and KwaZulu-Natal; in Africa as far as Ethiopia. The tree was first described from plant material collected in Angola.

The habitat is usually arid, hot bushveld, wooded scrub and thicket at lower elevations up to 1500 m. The tree is not considered to be threatened in its habitat early in the twenty first century.

The leaves are browsed by game. White Pieridae butterflies use the tree as larval food. The fruit is said to be poisonous.