Home » TYPES » Trees » Heteropyxis natalensis
Back to Category Overview
Total images in all categories: 9,917
Total number of hits on all images: 4,616,953 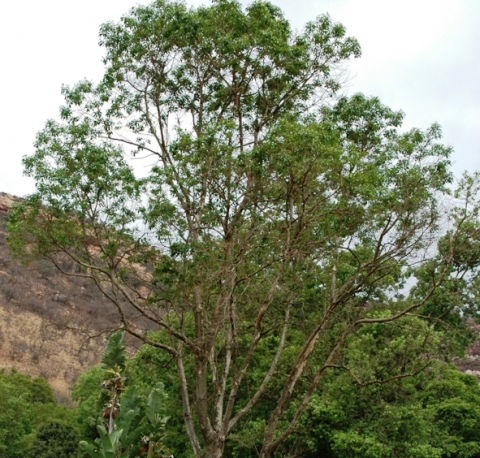 Some South African trees (and other plants) are similar to Heteropyxis natalensis, the sexes on separate trees. In the flowers of the Heteropyxis genus the female flowers still have staminodes (rudimentary, sterile or abortive stamens, the male flower component) and the male ones have pistillodes (a sterile, vestigial pistil or female part remaining in a staminate or male flower).

Botany has much to do with plant reproductive equipment and process, a big theme in evolution of species (Wikipedia; Coates Palgrave, 2002).