Home » TYPES » Trees » Greyia sutherlandii
Back to Category Overview
Total images in all categories: 11,792
Total number of hits on all images: 6,949,319 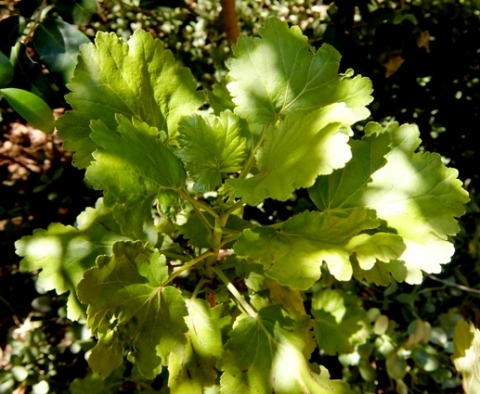 Greyia sutherlandii, the Natal bottlebrush, is a shrub or small, crooked tree reaching heights from 3 m to 7 m (SA Tree List No. 446). It branches much to form a spreading crown. The reddish grey bark is smooth when young, darkening and roughening with age.

The species distribution is mainly in KwaZulu-Natal, extending into the Eastern Cape, Free State, Mpumalanga and Limpopo, as well as into Lesotho and Swaziland.

The tree’s habitat is montane grassland and the crests of rocky ridges. The species is not considered to be threatened in its habitat early in the twenty first century (Coates Palgrave, 2002; www.redlist.sanbi.org).