Home » TYPES » Trees » Freylinia lanceolata
Back to Category Overview
Total images in all categories: 11,779
Total number of hits on all images: 6,931,718 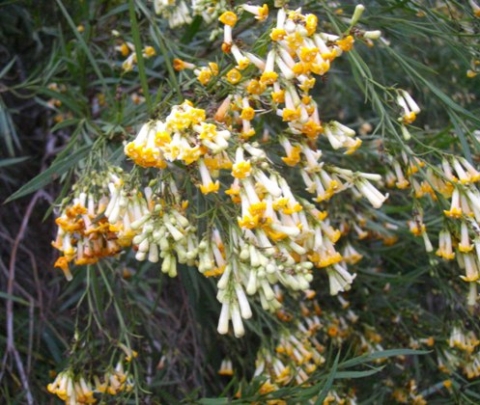 Honey-bells bloom mainly in winter. This common name of Freylinia lanceolata was earned by its flower fragrance. Many insect species contribute to the pollination of honey-bell flowers.

The plant thrives on moisture. It grows among rocks near water, often along stream banks, near wetlands and on rocky sandstone slopes of the Western Cape, Eastern Cape and Northern Cape. The species is not considered to be threatened in its habitat early in the twenty first century (Coates Palgrave, 2002; http://redlist.sanbi.org).