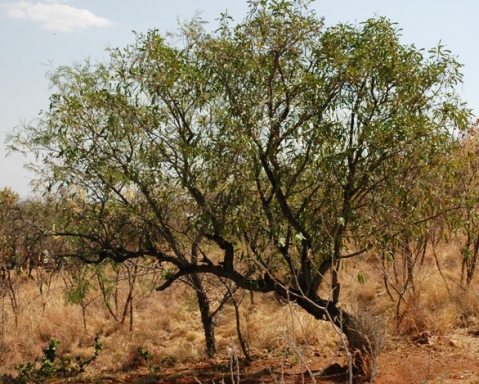 The species distribution is in the north-east of South Africa, the provinces north of the Vaal River and KwaZulu-Natal, as well as in other countries of southern Africa.

The habitat is open woodland and grassland, often on stony slopes and near watercourses at low to medium altitudes. The trees grow in sour soils low in nutrients and are drought resistant. The species is not considered to be threatened in its habitat early in the twenty first century.

This boekenhout is a graceful tree and a good garden option in the provinces where it grows naturally, although it grows slowly (Coates Palgrave, 2002; Schmidt, et al, 2002; http://pza.sanbi.org; http://redlist.sanbi.org).