Home » TYPES » Trees » Duvernoia adhatodoides
Back to Category Overview
Total images in all categories: 9,120
Total number of hits on all images: 4,073,235 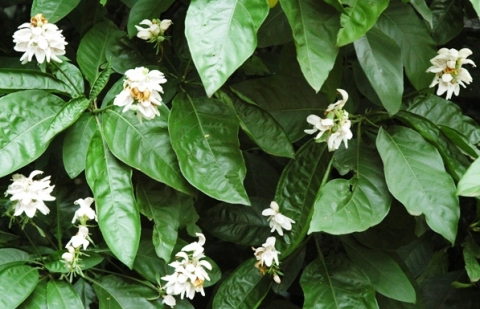 The pistol bush or Duvernoia adhatodoides grows to a height of 6 m (SA Tree List No. 681). The leaves are shiny, dark green, opposite, elliptic and broadly tapering towards the tips, with wavy margins. The bark is rough and brown, fissured on mature specimens. The young branches are four-angled and velvety.

The tree has a long and narrow north-south distribution along the east coast of South Africa from the Eastern Cape to KwaZulu-Natal and inland to the Lowveld of Mpumalanga and Limpopo.

The habitat is forest understorey, forest margins and rocky outcrops. The species is not considered to be threatened in its habitat early in the twenty firsy century.