Home » TYPES » Trees » Calpurnia aurea subsp. aurea
Back to Category Overview
Total images in all categories: 11,905
Total number of hits on all images: 7,156,028 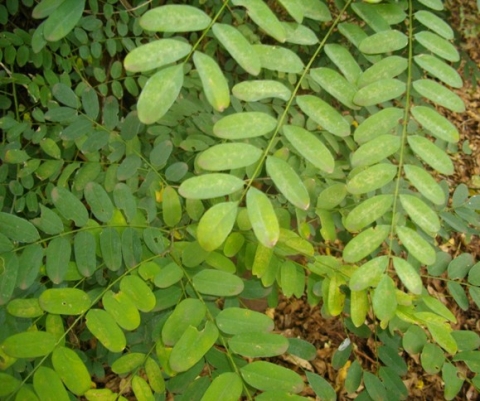 The common calpurnia or wild laburnum, in Afrikaans the geelkeur (yellow keur, a name used for several trees of the Fabaceae family), is a small tree or bushy shrub (SA Tree No. 219).

The leaves of Calpurnia aurea subsp. aurea are imparipinnate, i.e. composite with a terminal leaflet. The yellow pea flowers, typical of the Fabaceae family, grow in abundant terminal sprays in summer and to a lesser extent all year round. The fruits are thin, pale brown pods, the seeds attached to a narrow rim along the margin.

The species distribution is along the South African east coast in the Eastern Cape and KwaZulu-Natal. It also grows in Mpumalanga, Limpopo and Gauteng, as well as from Zimbabwe across much of Sub-Saharan Africa.

The habitat is evergreen forests and along watercourses. The subspecies is not considered to be threatened in its habitat early in the twenty first century.