Home » TYPES » Trees » Calodendrum capense
Back to Category Overview
Total images in all categories: 11,523
Total number of hits on all images: 6,605,261 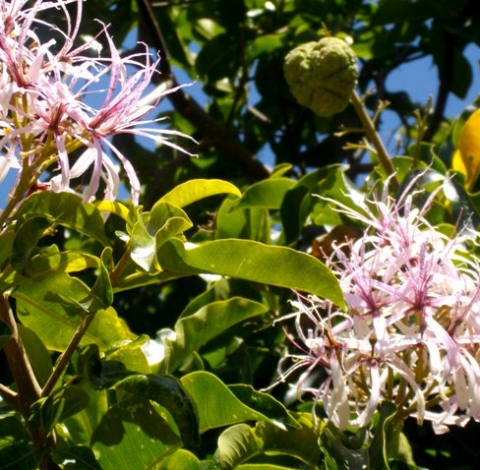 Calodendrum capense, the Cape chestnut or in Afrikaans the wildekastaiing (wild chestnut), is a small to large tree ranging from 5 m to 20 m in height (SA Tree List No. 256). The generic name is derived from the Greek words kalos meaning beautiful and dendron meaning tree.

The trunk is sometimes buttressed, the bark grey and fairly smooth. At the coast C. capense is often evergreen, but inland it is usually deciduous, displaying yellow autumn colours.

The tree grows from Swellendam along the southern and eastern coasts of South Africa, widespread in KwaZulu-Natal and north of the Vaal River, as well as in tropical Africa.

Its habitat is evergreen forest, wooded ravines, forest margins and scrub at elevations from sea level to 2000 m. The species is not considered to be threatened in its habitat early in the twenty first century (Coates Palgrave, 2002; www.plantzafrica.com; www.redlist.sanbi.org).