Home » TYPES » Trees » Brachylaena neriifolia
Back to Category Overview
Total images in all categories: 9,416
Total number of hits on all images: 4,232,479 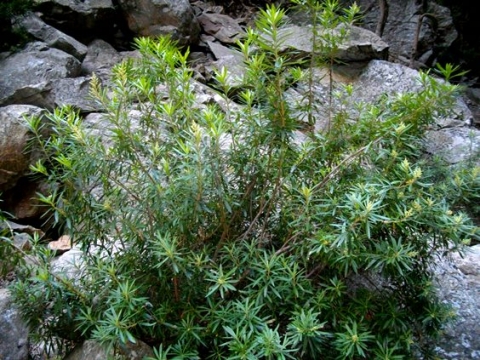 Brachylaena neriifolia, in Afrikaans the Kaapse vaalbos (Cape grey bush), is only a shrub when growing in riverbeds as this one among river rocks in Meiringspoort.

The species is distributed in the far southwest of the Western Cape and along the south coast into the Eastern Cape as far as Port Elizabeth. The species is not considered to be threatened in its habitat early in the twenty first century (Coates Palgrave, 2002; Van Wyk and Van Wyk, 1997; www.redlist.sanbi.org).