Home » TYPES » Trees » Bolusanthus speciosus
Back to Category Overview
Total images in all categories: 12,091
Total number of hits on all images: 7,393,213 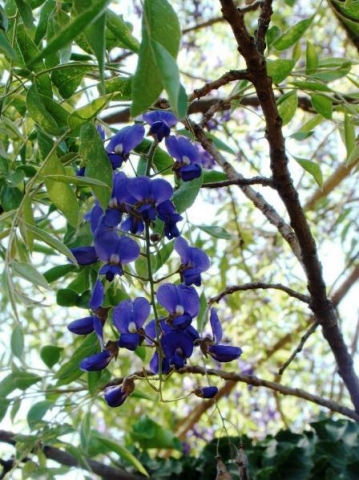 It has drooping leaves and spectacular blue to mauve flowers, shaped like those of the garden pea. Flat, narrow pods are produced at the end of summer and in autumn. The tree is deciduous for a short period in spring.

The species distribution is in KwaZulu-Natal, all the northerly provinces of South Africa north of the Vaal River and in some neighbouring countries, including Zimbabwe, Namibia, Zambia and Angola.

The habitat is wooded grassland at medium altitudes where the trees grow in a variety of soil types. The species is not considered to be threatened in its habitat early in the twenty first century.

The leaves and pods are browsed by game (Coates Palgrave, 2002; www.plantzafrica.com; www.redlist.sanbi.org).